RSS Feed
← Getting real
One →

Moon Craters? Or an ultrasound of my ovaries? 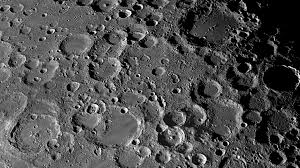 Since getting pregnant, staying pregnant, birthing a child, and gradually nursing my body back to some semblance of normalcy, the thought of ovulation or my periods has not crossed my mind for almost 18 months. Admittedly, it was only as I started to get a full night’s sleep that the musings of what having a second child might be like started to creep slowly into my mind. It started when I came across an errant onesie stuffed in the back of Shira’s drawer. Oh, errant onesies….you are a mind fuck. It was a newborn size, and the thought that Shira had actually fit into it at one point made me pick it up and sniff at it longingly.  This is what the passage of time does to you when you’re a mom. You forget that you were a sore, bleary eyed confused mess at the time that your child was actually wearing that onesie, and somehow your brain convinces itself that everything was soft lighting and baby coo’s in those early days of holding her in my arms.

As my 2 loyal followers can attest, my PCOS-riddled ovaries have always been clunkers. Growing up, there would often be times I wouldn’t get a period for 6 months. The year I went off birth control (and started this blog) I didn’t ovulate for a full year. Ultrasounds indicated upwards of 30 cysts on each ovary. It was only after taking three rounds of Clomid that I conceived. Round One of 50mg Clomid was a dud and did nothing, Round Two of 100mg I ovulated and got my period, and Round Three I got Shira.

For me, the when, why where and how’s of ovulation and pregnancy don’t add up to normal questions about a general range of time I can expect my fertile window, or when I will get a period. The entire process is fraught with anxiety, frustration, and truthfully, scary indications that there is something wrong with my body. Not getting a period is not something I’m happy about, and it really irks me when other women who have never battled with PCOS comment on how lucky I am to not have to deal with bleeding every month. They are speaking out of ignorance, I know….but I just wish more people knew that “not getting your period” is actually a symptom of a much bigger problem that can have long term effects on my body and my health–insulin resistance, high cholesterol, and heart disease are also more likely in women who “don’t get a period”. Personally, I’ll take a bleeding vagina over death by heart attack, thanks.

Anyhow–I’m writing with news to report. A couple of months ago, about 8 months post partum, I got a weird sort of brown blood period that lasted on and off for over a week. I didn’t think much of it, except to note that it most likely wasn’t ovulatory, and I could pretty well assume I wouldn’t see another period for at least a year, if my track record proved correct. Then, about a month later, I had another weird period that lasted over a week of sporadic bleeding. Again, I chalked it up to coincidence, but this time,I started to feel those familiar yearnings to understand my cycle….I started to remember how it felt to be back pre-pregnancy, yearning to finally get a grip on what was going on with my body. I banished those thoughts from my mind.

Until around 3 weeks later.

I started noticing what I thought was EWCM when I wiped. I laughed. Clearly, this was my body’s form of some sick joke. I fully expected it to be a fluke. But the next day, there was even more. And the day after that, it was all like:

So. Haha. Very funny, body. You expect me to believe I am ovulating. On my own. What a riot. Right around the day that the EWCM subsided, I dusted off the math on my luteal phase which is usually 12 days on the dot. I counted forward on the calendar and came up with tomorrow–Thursday the 12th,  as the date in which I would get my period IF I happened to have ovulated which I haven’t done on my own in over 3 years (prior to starting birth control).

Today, (Wednesday) I went to the bathroom all “ho hum”. Wiped. And saw a massive quantity of blood on the toilet paper. “Fuck. Hemorrhoids are at it again.” I thought. Wiped the butt. Nothing. And then, 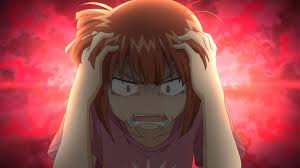 This month, I ovulated on my own. I fucking ovulated. I have no idea how I did it, but I’m proud.

Posted in Uncategorized. Bookmark the permalink.

I'm a happily married, 31 year old gal who is just starting her journey to conceive. I also have ovaries that may need a jump start. This blog is an attempt to channel my obsessive research on my Polycystic Ovarian Syndrome into something positive....like a pregnancy test. That would be awesome. I also hope that other women with this condition will find support in this blog. There are a lot of us out here! Happy reading, whatever your journey may be.
View all posts by Sunny »
← Getting real
One →